Used hot tubs are for sale everywhere. You can find them online, in the Thrifty Nickel, or you probably have an acquaintance who would love to sell you their old spa. Let’s face it, that 5 to 10 year old spa that is only $500-1,000 looks pretty tempting when compared to a $7-10,000 name brand quality hot tub. But…is it worth it?

Here is a typical ad you will see for used hot tubs: “Barely used SeaMonkey Jakoozi Hot Tub Spa. This spa is about 5 years old and only used 3 times. No leaks, runs great! Cover is in good shape and it was kept on a covered patio. Have to sell it as my wife was abducted by aliens. I’m trying to raise the ransom money to pay them to keep her. I paid a little over $10,000 for it new but will let it go for $500. It still has warranty remaining.”

Sounds pretty good (except for his poor wife), and it just might be everything that was advertised and a pretty square deal. Â However, deals like this rarely come along without a few rough spots which you, the buyer, need to consider. 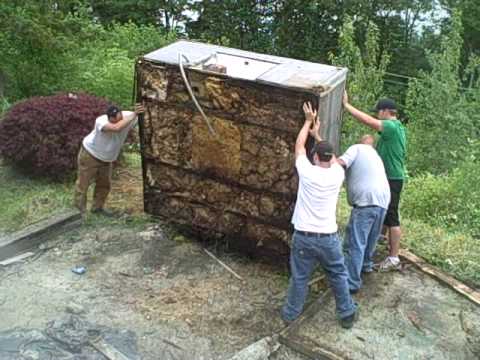 Unfortunately, the barrel you just bought is possibly full of insects, rodents, a snake or two, and feels like it is full of overweight gorillas. Our delivery manager has moved over 10,000 spas during his 30 years in the industry. By his estimate, 95% of the used spas he has moved have issues and that is usually the reason it is available for so little money. The spa owner is seeking to part company with a product that has failed them in some way.

Most used hot tubs are several years old. The majority of these spas are poorly designed from the outset. The inferior construction methods allow vermin like rats, mice, snakes, and even squirrels to take up residence inside. Also, most spa brands have frames made of wood. Termites and carpenter ants love hot tubs with wood frames and do a tremendous amount of damage from the inside out.

All of these different pests create leaks, either from chewing on the plumbing or chewing on the wood supporting the frame. When a spa first starts leaking, you may not even notice for a long time. As the water seeps into the insulation, more weight is added to the already 800 lb spa. We have seen used hot tubs retain 200-300 lbs of water, making the spa weigh half a ton! Getting a few friends to help move a thousand pound critter farm can cost you a lot of beer and pizza. Or, have it moved professionally for $300-600 and hope that the experts can handle it. Some can, many can’t.

Regardless of who moves it, there is a high possibility that more damage will occur since the spa has become structurally weakened. This is going to add to the rising repair costs.

Oh, and warranties only apply to the original owner. They are, with a RARE exception, non-transferable.

Okay…your $500 hot tub just cost another $500 to move. During transit, some of the wood cabinet got damaged, the acrylic shell picked up a nice, deep scratch (that won’t buff out), and chunks of soggy insulation are lying everywhere. This is when you also notice that the pillows, filter lid, and some of the control levers blew off on the highway because no one knew that you need to take these off before moving. Go ahead and add another $500 to replace parts and repair damage. That puts this second hand spa at about $1,500 out of pocket. But wait…there’s more!

That 5 year old cover that is in great shape? It actually has a couple of tears in the vinyl and has soaked up a few gallons of water. It is so heavy that an averaged size person can barely open half of it. Go ahead and order a new cover and spend another $4-500.

Great…it’s filled up, there are no leaks, and the spa appears to be heating. You turn on the jets and little white flakes start spraying out of all the jets. There is a good possibility that this is either scale or white water mold. White water mold is harmless but tends to grow inside the plumbing of a poorly maintained spa. It can be killed with heavy doses of chlorine but it makes you realize the spa was probably neglected. 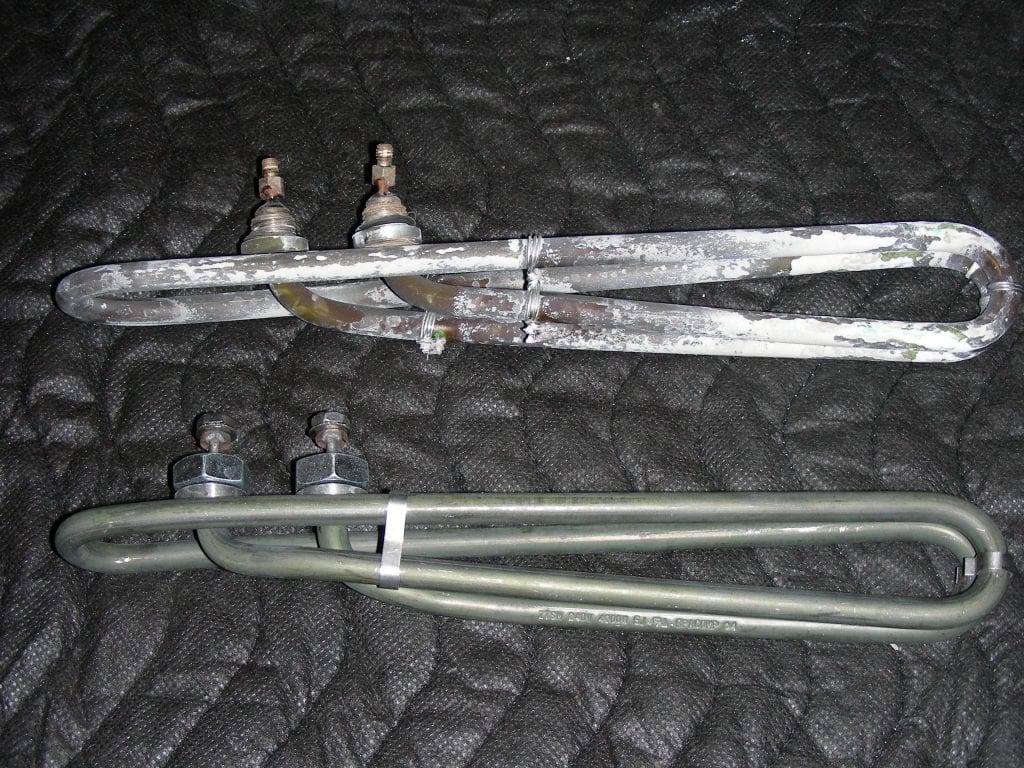 If the white flakes turn out to be scale, there is probably some accelerated damage that has occurred to the pumps, heater, and plumbing. If scale is allowed to spread unchecked, then your pump’s and heater’s days are probably numbered. Plan on $500 per pump and about $300 for a heater. Most spas have 2 pumps so that puts the used spa at around $3,300.

Any electronic issues that arise are going push the price upwards of $4,000…for a used hot tub…that came from a stranger…online.

Many new spas are available for what you would spend on a used spas. Almost every spa manufacturer has an entry-level line and you might be surprised at how affordable they are. Look for ones that are made in the US or Canada and avoid those made in Mexico and China.

If a new spa is just not in your budget at this point, check with a local spa store and see what used spas they have available. Most dealers take trade-ins when a long time customer purchases a new spa from them. These spas are usually higher quality to begin with and the dealer will typically know the history of the hot tub. A reputable dealer will treat a customer buying a used spa the same as someone who is buying new. When you purchase a used hot tub from a dealer, they will probably offer some type of warranty, delivery, and everything will be in working order. The dealer has a reputation to maintain. Someone selling a used spa on Craig’s List does not.